Bob Dylan: His Endearing Appeal & Why He Deserves The Nobel Prize

On Thursday October 13th 2016, the Swedish Academy decided to award the Nobel Prize in literature to American singer-songwriter Bob Dylan. The announcement sent ripples of shock throughout the world – primarily because Dylan created a career for himself principally on the stage as a musician; his literary feats were not necessarily confined to the traditional printed page. While many applaud the fact that Dylan, the first ever musician to be awarded the prize, was chosen, there are still others who are caught up in a fierce debate as to whether or not this was the right decision to make.

Despite the polarized reactions, there’s no one who can seriously question the contributions made by this prolific musician to the art of poetic expression. Here we’ll explore the tremendous influence that Bob Dylan has had and why he is in fact a very deserving recipient of the prize. 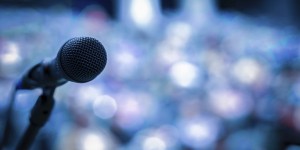 Bob Dylan had been in the running to win the Nobel Prize for literature but many argued that his chances weren’t very promising. When the Nobel committee announced their decision, it’s safe to say that the reactions were quite mixed. On the one hand were those who were jubilant, and on the other, there were those who felt that he wasn’t as deserving as some of the other potential candidates. For them, one of the main issues was that Bob Dylan isn’t exactly traditionally a writer; he is first and foremost a musician.

When announcing the news, Sara Danius, the permanent secretary of the Swedish Academy, had this to say:

“If you look far back, 2,500 years or so, you discover Homer and Sappho. They wrote poetic texts that were meant to be listened to and performed, often together with instruments, and it’s the same way for Bob Dylan… We enjoy [their] poetry, and I think Bob Dylan deserves to be read as a poet.”

He was chosen as the recipient of this award because he is considered “a great poet in the English-speaking tradition” and “for having created new poetic expressions within the great American song tradition“.

In this way, the committee seemed to have focused on the power and reach of his lyrics and the poetry contained therein; he should not be seen as merely a musician but also a powerful wordsmith.

In addition, the committee has had a history of favoring artists who use their craft to address the various cultural issues plaguing the world. Through his influential music, there is perhaps no one who is greater in tune with those issues than Dylan.

Ultimately, in choosing to award Dylan the Nobel Prize, the committee was recognizing that at some point, his lyrics transcended the confines of music and came to be considered influential pieces of literature in their own right.

A Life Molded by Poetry 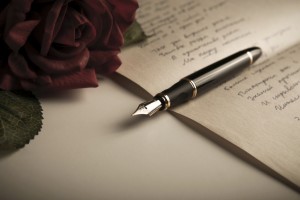 Bob Dylan grew up in Minnesota and was destined to become the voice of a generation. During the turbulent 1960’s, his lyrics became a symbol of hope for a generation to rally behind, especially during the civil rights movement. This wasn’t just music for mere enjoyment; each song was imbued with a powerful message which galvanized scores of people not only in the U.S., but across the world. His music was seen as art with a message.

For his music to have such power, he needed to have a strong command over the written word. Dylan drew influence from a wide range of sources. He had an inquisitive, observant, restless, and creative mind which was constantly at work. He drew inspiration from scores of prolific poets and writers including Jack Kerouac, Dylan Thomas, Allen Ginsberg, and Lawrence Ferlinghetti.

In addition to writing over 500 songs over the course of his career, Bob Dylan has also written a number of books and stories. Ron Rosenbaum, an author who has spent much of his time writing about Dylan says that with his lyrical prowess, he manages to  “mine and undermine language, speech and emotion, crystallize feelings in a way that remains still mysterious and magical…I think he’s had a kind of subtle effect on language, on the deadpan, put-on, sarcastic way we talk.”

Bob Dylan has been described as a traveling troubadour; a wanderer on an eternal quest to bring his potent messages of everything from love to the state of the world to more and more masses. He is single handedly credited with revolutionizing the traditional concept of an American song.

For a man who has written and toured relentlessly since the 1980’s, constantly working to refine and expand his craft, many see this recognition as a long time coming.

The Debate Rages On

When you stop and reflect on the unique position Bob Dylan holds not only as a musician, but also as a poet, it’s easy to understand why he was even considered by the Nobel committee for the prize. Nevertheless, his recognition has led to a raging debate on whether his work constitutes ‘literature’ in the sense that has been recognized by the committee for over a century.

Purists argue that Dylan’s work doesn’t really amount to ‘literary’. Pierre Assouline, a French novelist, said that whenever he heard Dylan’s name mentioned in the running he thought it was a joke. In a scathing rebuke of the decision, he said that the “…decision is contemptuous of writers. I like Dylan but where is the (literary) work? I think the Swedish Academy have made themselves look ridiculous.”

On the other hand, there is also strong support from a myriad of individuals for Bob Dylan’s work being recognized. Clinton Heylin, a British music historian, has long argued that Dylan’s work has warranted a Nobel Prize because “His influence is so overarching”. He points to the fact that Dylan has been writing relentlessly for decades and has demonstrated a form of ‘ruthless self-editing’ which proves that he is so much more than just a musician. He has used a keen writer’s eye to reflect and provide commentary upon the state of the world we live in. The fact that he used songs as a means to convey these messages and observations should not take away from their literary quality.

This is a decision which was bound to lead to polarizing responses. However, irrespective of the raging debates concerning what constitutes ‘literature’, it is undeniable that Bob Dylan’s work transcended that of an ordinary songwriter. His lyrics are introspective and offer a critical look into the realities of the times as they’ve changed in front of Dylan’s eyes. The songs he has released are not just catchy jingles; they are likened to miniature essays, each grappling with a complex reality.

Wherever you stand in the debate, the breadth of Bob Dylan’s influence cannot be denied.

As the author Salman Rushdie put it: “The frontiers of literature keep widening, and it’s exciting that the Nobel prize recognizes that. I intend to spend the day playing Mr. Tambourine Man, Love Minus Zero/No Limit, Like a Rolling Stone, Idiot Wind, Jokerman, Tangled Up in Blue and It’s a Hard Rain’s Gonna Fall.”